Did You Know These Salesforce Facts?

As well as being one of the leading B2B technology companies in the world, Salesforce has one of the most interesting stories in silicon valley. It’s a story of dedication, vision, creativity, and masses amount of entrepreneurial spirit.

Although Salesforce is a 40,000 strong company now, it started in a 1 bedroom flat back in 1999 (For a full breakdown of the history of Salesforce check out this post). Let’s dive into some of the most interesting facts about this incredible company.

Salesforce is founded by Marc Benioff, a visionary technology entrepreneur that is often credited with pioneering modern cloud computing.

Benioff is a natural entrepreneur, and from an early age was starting businesses. At 12 he started knocking door to door to help people repair their antennas, at 15 he sold his first bit of computing software, and when he went to college, he paid for it all through royalties on software he had developed. After a long, very successful career at Oracle, Benioff thought of the idea for Salesforce whilst taking a sabbatical, swimming with dolphins in Hawaii.

The man is no doubt a visionary and continues to pioneer hot topics in the tech world such as gender pay equality, and businesses being a change for good.

What do Amazon & Salesforce have in common? Apart from being extremely successful Internet Companies. Well, back when Marc Benioff was thinking about how the Cloud was going to push the future of software beyond the boundaries of 1999, he wanted the software to be cheaply delivered through the web and as easy to use as possible. He based what we now know as Salesforce.com on Amazon’s usability. Amazon has been the king of E-commerce ever since it launched in 1994, some say this could be down to its pioneering innovations and usability. What Salesforce & Amazon both have in common, as well as surviving the Dot-com bubble, is a very easy to use interface, taking advantage of a menu of tabs and a clear indication of where you are at all times. Here is an interesting quote out of Marc Benioff’s book, Behind the Cloud “…companies were paying hundreds of thousands to buy and millions to install applications that were costly and frustrating to maintain. We wanted to take advantage of a new platform – the Internet – to deliver business applications cheaply through a Web site that was as easy to use as Amazon.com.” – Marc Benioff

Back when Salesforce was founded, on-premise servers reigned over the tech world. Marc Benioff and his team had the mammoth task of trying to convince the business world that this way of working was old news, and cloud-based technology was the way forward. When you’re a relatively unknown founder and have a company of fewer than 10 people working for you, this isn’t easy to do.

Competing against these huge software companies required some out of the box thinking. Salesforce’s biggest competitor at the time was Seibel (Which was later acquired by Oracle in 2005), Benioff truly believed that on-premise systems were out-dated and ineffectual, so he decided to take on the big dog. Salesforce hired fake protestors to stand outside the annual Siebel conference, and protested against software. They shouted slogans such as “The internet is really neat…software is obsolete!”, they even hired a fake TV crew to cover the event and interview members of the public. Siebel called the police, which gave the unknown brand of Salesforce a massive media buzz, and the “No Software” logo was born.

Siebel held another conference over in Cannes, France. Benioff changed his tact for this even, and as most executives flying into this event would fly into Nice and then take a taxi to Cannes, Salesforce hired all of the airport taxies. Throughout the 45 minute ride (That Salesforce paid for), it gave them a chance to pitch Salesforce to these IT professionals, providing marketing material and lots of Salesforce logos in the cab. The police were of course subsequently called, as no other taxis were available!

The majority of people involved with Technology are going to know the term “App Store” and immediately associated it with Apple. The Apple App store launched in 2008 after the release of iPhone OS 2.0, this allowed developers to introduce and distribute third party applications on the platform.

What most people don’t know is that the AppExchange launched in 2005, 3 years before Apple’s. Salesforce.com had originally planned to call this the App Store and had therefore trademarked the phrase and registered the URL before settling on AppExchange. In an interview, Benioff said that he gifted the term “App Store” to Steve Jobs in 2008 as a thank you for all his support over the years.

The 1/1/1 model is an integrated philanthropic model which was pioneered by Benioff at Salesforce.com. It is centred around companies contributing 1 percent of equity, 1 percent of your product and 1 percent of employee hours back to the community.

Salesforce does this via the Salesforce Foundation. It contributes free and discounted technology to nonprofits and higher education (Product), provides Grants to various charities and communities (Equity) and Employees volunteer a certain amount of time a year (Time). Since the 1/1/1 models inception, various other companies have adopted the model including, Google, Workday, Box and Yelp.

Salesforce loves innovative marketing, but perhaps some of their largest scale marketing campaigns lie within their towers. Since around 2015, Salesforce have started locking in naming rights to various office buildings around the world. This includes a Salesforce Tower in New York, Atlanta, Indianapollis, and coming soon in Tokyo, Dublin, Syndey & Chicago. But their most impressive Tower is their HQ in San Francisco. Since opening in 2018, Salesforce Tower is the second tallest building west of the Mississippi, and commands the city skyline.

To discover 4 more Salesforce facts, you might not already know, read the full article at the link below.

How to Avoid Burnout

Read More
It’s potentially the most awkward moment in your career; handing in your notice to your employer. You call…
IInsights 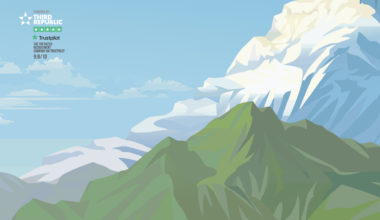